Howdy Folks, Zac here. Recently an event called Token 6 happened at Emporium, a beer-cade, in Logan Square. Token 6 is a really neat pop-up event that features local comics, music, video games, and art. The event was hosted by Really Easy Press, which is a small studio and publisher based in the Wallingford area of Seattle, Washington and is operated by the power couple Erik and Christine Schneider Guiterrez. For real though these folks are great and made an awesome event.

We had a blast showcasing the game Sashimi Slammer! 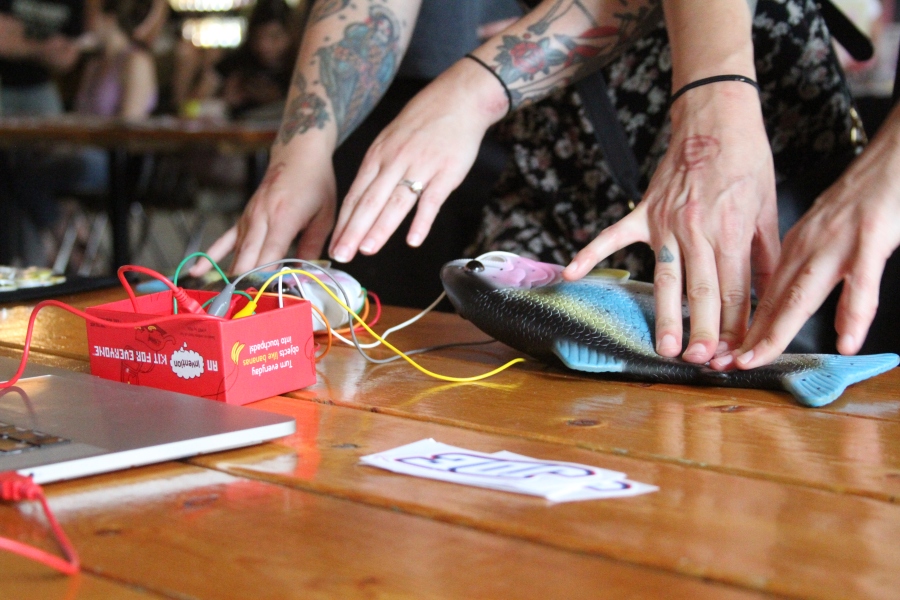 Sashimi Slammer is a game where two player’s slam on some of the best fish controllers known to man. The goal of the game is the slam your opponent’s fish into their deep fryer to cook them to crispy perfection.

The event was a blast and we had a great turn out! This was JDE’s second time show casing a game at the Token events, and we hope to be there next year! Be sure to check out http://token-expo.com/ to get updates on when the next one is happening and to peep Really Easy Press’s Facebook Page. See y’all next time at Token 7!