Zac here giving you a quick run-down of our public info session for the JDE. First and foremost, our expectations for attendance were blown out of the water, we initially thought only 15 people were going to come by. Instead we had a huge turnout of over 30 potential members who range from freshmen to seniors, and even some alumni showed up. 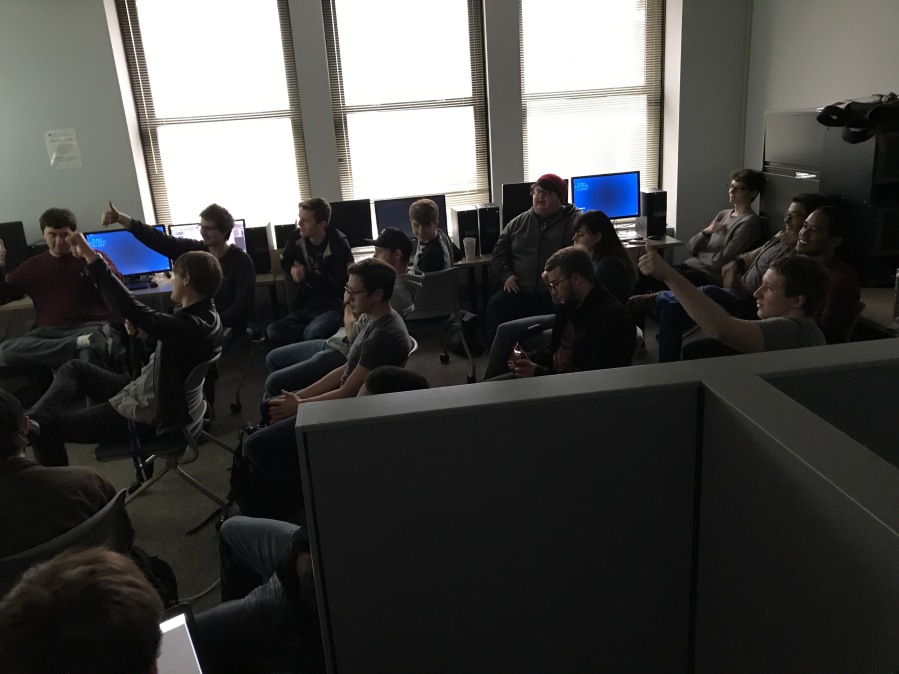 Past the numbers, we did a run through of the history of what was, and the future plans of what will be. Long story short the future plans is essentially expanding upon what the glorious Josh Delson built before such that it continues to live on past the initial group.

Things to take away are the planned 4 Game Jams for the summer session, the independent study meant to help polish what was made during summer, and then the passing on of roles to the younger generation of students as the seniors go into capstone. With the structure in place, and the plans set pretty much in stone, we got a bright future ahead of us.